He has not done any hacking as far as I know, he has had a great reputation from players, too.
Just now on babel I joined, and I saw Muuz. He started ‘cussing’ like crazy, and RUINING the fun for others, lots of people were angry at his behavior.
I was luckily using OS, so had a CHATLOG and screenshotted one of his wordings.
Nope was online, I asked him if I should report, no answer.
I chose to take action instead so we can have our servers (by our I mean your xD) clean from people like this, I mean cussing is normal. But this much, seriously, and don’t get me wrong. I missed some on purpose!
Here’s the image:
~ 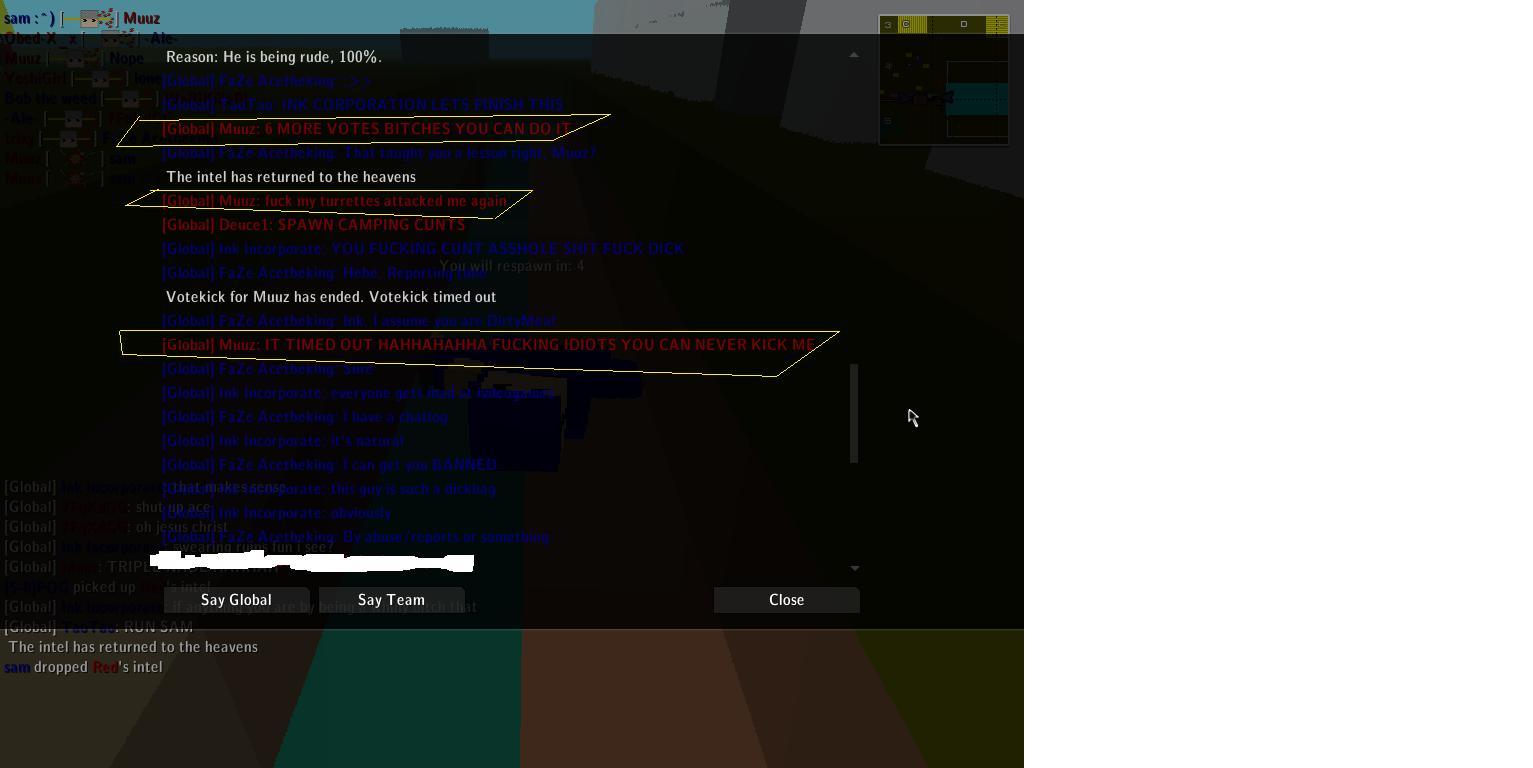 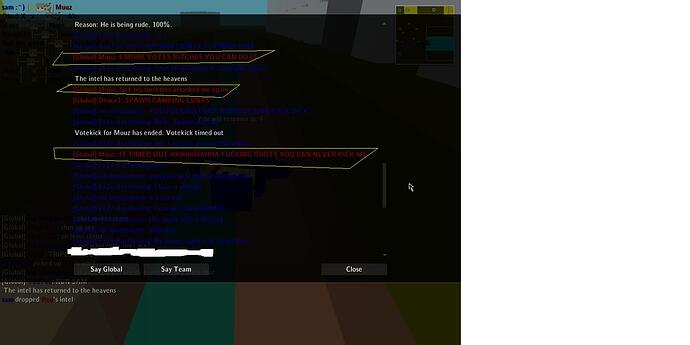 I was there, and yes he was cursing, but he wasn’t really ruining the game. I simply ignored him.
There are plenty of players like Muuz, you should learn to ignore them too.

Yeah I did try. Don’t get me wrong, I wish he fixes his behaviour. Can you have a chat with him, perhaps?

I was in that game aswell and he didn’t really bother anyone, he JUST SPOKE WITH CAPS LOCKS ON. Also he/she just wanted alittle help understanding the game. Something about why the enemy sometimes wouldn’t die after being shot in the head. I replied saying it takes 1-2 shots sometimes. Questions like that basically.

He did, if not, why did people vote yes in my vote kick? Think twice!

He did, if not, why did people vote yes in my vote kick? Think twice!

If you votekick someone for teamkilling on babel, and they get kicked as a result, does that mean you can teamkill on babel?

No, but what’s you point.

If his cursing gets excessive and an admin notices, they will at least Mute the player for the sake of language. Nope probably didnt believe it was excessive at the moment or was busy with something else. never the less,thank you for the notification. It will be noted…

Although the CAPS LOCK that he did was annoying, I simply ignored him.

Yeah, ok Pun. Imo he was excessively spamming words like that. But when I told him that he should stop, he threatened me in return. Recently I’ve seen him in game and now he doesn’t do things that are frowned upon which makes me happy.
Thanks Pun, and Nope.