10X10 (also known as Ten by Ten) is a multiplayer Flash game by retired staff member and pyspades contributor Triplefox. there are two teams and the gameplay is turn-based, so everyone except the active player spectates him while he attempts to grab the yellow slice of pie and delivers it to the yellow or pink goal in less than 10 seconds without touching any walls or mines, which scores points for that team color. the active player can drop two mines per turn, which will chase the next player who comes within a radius of them while carrying the slice of pie. mines cannot be placed in the dark blue “nomine” zone and running mines that touch that zone or any wall will explode without damaging the player. 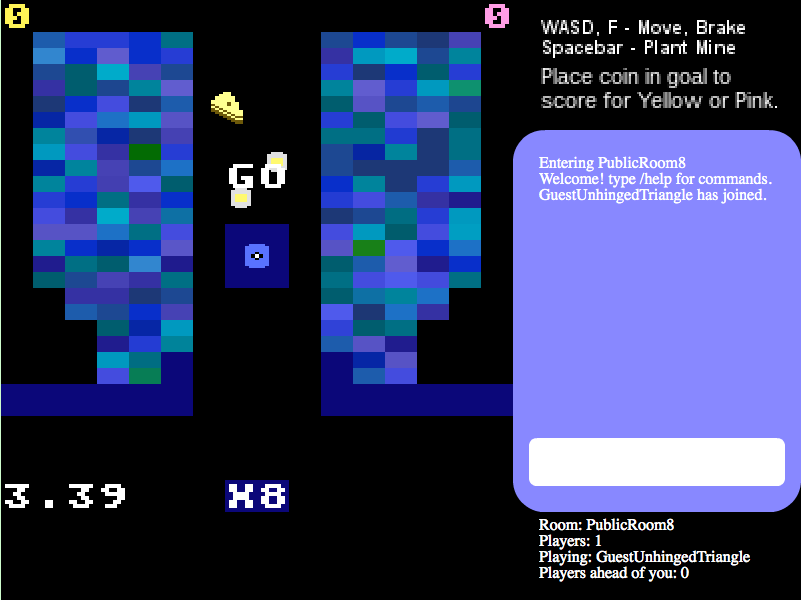 send the link to a few friends if no one else is playing. it’s much more fun to play with others!

I like it, but no one seems to be playing it atm :l